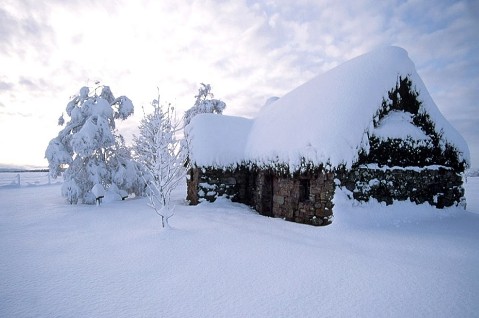 I did believe the snow was not a scene but a great wonder. It brought me much more than it had.

When I went out for school from home, I was doomed to get a wonder. Everything seemed unlucky to me. I left the umbrella at home; I couldn't unlock my bike and a big truck held up the traffic, which took me above 5 minutes to pass the road. At last I met Charlie and we were both late for the maths class. If it happened the day before, we would go to our seats without saying anything. But today we were forced to stand outside in the cold wind because of the head teacher's bad mood. I didn't want to say anything. It was useless. So I began to stand with Charlie.

After a short while, we both felt so cold that we couldn't speak a word. The world seemed very quiet. I suddenly found there was a lot of thin ice dropping from the sky. “Ice!” I shouted to Charlie who soon became excited the same as me. We expected for the snow but nothing happened.

After class, the head teacher didn't seem to let us in. We had to stand outside for at least one more class. When the bell rang he went to teach in Class 19.

If you asked me whether I had seen a big snow before that day, I would tell you I couldn't remember. But during that period I got the answer.

The ice turned white and turned to snow quietly. We were immersed in it without any word. From little to big, the snow changed out of my imagination. With the wind blowing heavily, the snow beat on my face, hair and covered all over my body. We couldn't help shaking in the snow. We opened our mouths to taste the icy snow, stood still in the snow, and enjoyed the wonderful scene ourselves.

I did believe the snow was not only a scene but a great wonder as well. It bought me much more than it had.

It was too great and too beautiful that I couldn't imagine. How fantastic it was! With the snow dropping on my body, I didn't want to move though it was so cold.

If you lived in the north, you might think it was nothing. But the following thing was more unreal. A bird, a beautiful parrot, like an angel, flew from the sky onto Charlie's shoulder and then flew to my shoulder. I didn't know how to express my feelings, only enjoying it. The parrot didn't seem to leave. How fantastic, I thought.

The snow became smaller and smaller after class. Maybe we lost something, but we got something, too. I didn't know what it meant. I only wished to believe it would bring me good luck.

I would never forget that day.